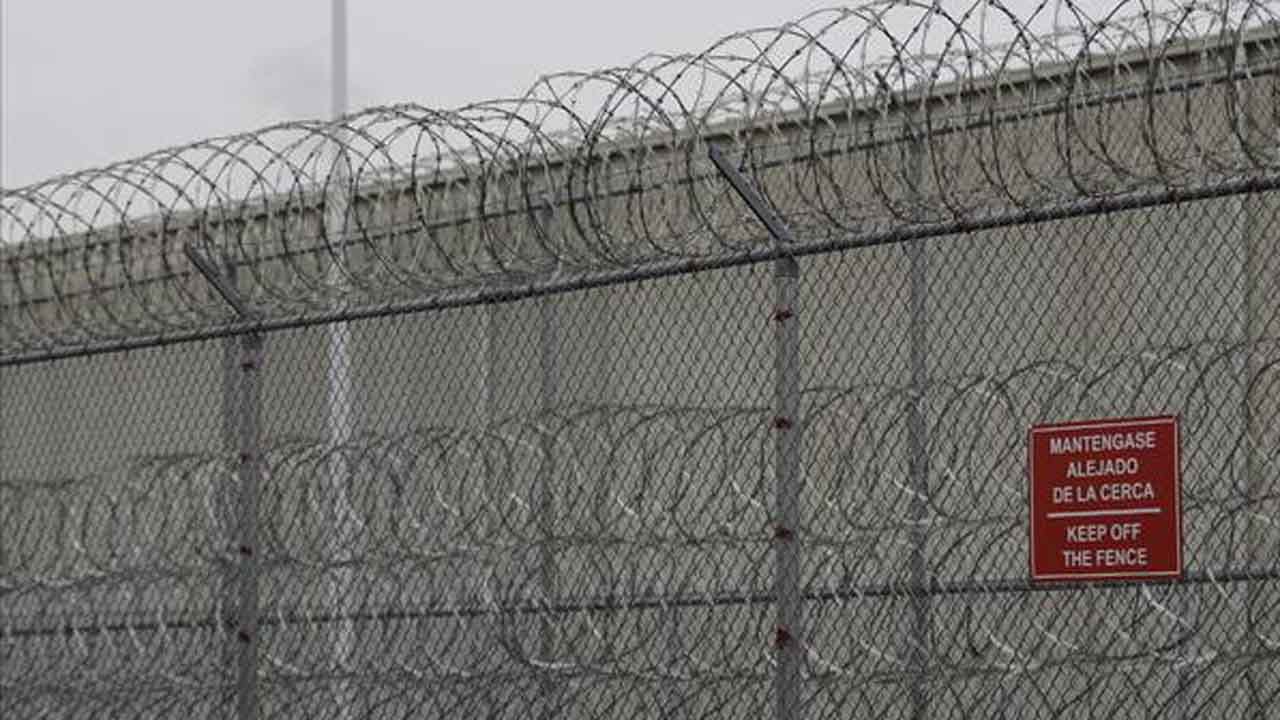 The number of coronavirus infections among immigrants detained at U.S. Immigration and Customs Enforcement (ICE) detention centers has surged by 520% since the start of 2022, prompting calls for increased vaccination efforts and detainee releases.

On Thursday, 1,766 immigrants were being monitored or isolated at ICE detention facilities due to confirmed coronavirus infections, a more than sixfold jump from January 3, when there were 285 active cases, government statistics show.

The number of detainees with active COVID-19 cases represents 8% of the 22,000 immigrants ICE is currently holding in its network of 200 detention centers, county jails and for-profit prisons.

Since the outset of the pandemic, more than 32,000 immigrants have tested positive for the coronavirus while in ICE custody, according to agency data. ICE has so far reported 11 coronavirus-related deaths of detainees.

The recent surge in COVID cases at ICE detention sites comes amid the rapid nationwide spread of the Omicron variant, which has been found to be more transmissible than other strains of the virus.

A senior ICE official who agreed to speak on the condition of anonymity defended the agency's pandemic response, saying it expected an increase in infections due to the Omicron variant. The official noted that ICE requires immigrants to undergo testing and a 14-day quarantine upon entering a detention facility.

But the sharp increase in infections has renewed concerns about ICE's detainee vaccination campaign, a significant vaccine refusal rate, frequent facility-to-facility transfers and the agency's decision to keep thousands of immigrants with underlying medical conditions in detention.

According to unpublished ICE data obtained by CBS News, 48,246 detainees have received at least one dose of a coronavirus vaccine. As of January 5, 671 immigrants in ICE custody had received a booster shot, which the agency said it began to offer in late November.

While the number of ICE detainees who have received a vaccine has more than doubled since August 2021, the agency did not say how many immigrants currently in custody are vaccinated.

The 48,246 individuals who have received a coronavirus vaccine in detention also represent only one-third of 141,000 immigrants who have entered ICE custody after July 2021, when the agency received its first federal allocation of vaccines for detainees, according to an analysis of government data.

Prior to July 2021, ICE relied on state and local vaccine allocations to vaccinate a limited number of immigrants in its custody, a strategy that was strongly criticized by advocates and public health experts.

According to unpublished ICE records, 37.6% of immigrants who have been offered the vaccine by the agency have declined it.

Public health experts and lawyers for detainees have cited distrust of the government, misinformation, lack of educational materials and broader societal vaccine hesitancy as reasons that may lead immigrants to rebuff vaccination while in U.S. custody.

"Making vaccines available to detainees is essential but it must be coupled with effective education and counseling to overcome skepticism and confusion regarding COVID and vaccinations," Scott Allen, a doctor who specializes in the medical treatment of migrants in U.S. custody, told CBS News.

Allen, who also advises the Department of Homeland Security on detention conditions, added: "As for anyone else, a decision to accept or decline a vaccination involves informed consent, so health education and individual counseling has to be part of the strategy to increase vaccination uptake among detainees."

"U.S. Immigration and Customs Enforcement (ICE) remains committed to applying CDC guidance and providing vaccine education that ensures those in our care and custody can make an informed choice during this global pandemic," the agency said in a statement.

Lawyers across the country have also been urging ICE to release immigrants with medical conditions. Several attorneys reported that clients with conditions ranging from inflammatory bowel syndrome and diabetes to post-traumatic stress disorder have been denied release because of criminal histories.

According to government records provided to lawyers in a federal court case, there were 5,200 immigrants in ICE detention as of late December whose health issues or age placed them at higher risk of getting severely ill or dying if they contracted the coronavirus.

"The number of people who are medically vulnerable in ICE custody is shocking," Eunice Cho, an American Civil Liberties Union lawyer who focuses on detention issues, told CBS News. "The Biden administration needs to take a very quick and hard look at who they are detaining and be very aggressive about making sure they are releasing people to the safety of their homes."

The senior ICE official noted the agency has released thousands of at-risk detainees because of its own pandemic-era policies and federal court orders. ICE also considers whether detained immigrants could pose a threat to "public safety" if released, the official added.

Unlike the federal or state prison systems, ICE detention is, legally, a civil procedure designed to ensure the government has custody over noncitizens it seeks to deport because of immigration violations.

Individuals in ICE detention include migrants who recently crossed the southern border, asylum-seekers, permanent residents convicted of crimes that render them deportable and other noncitizens, including unauthorized immigrants arrested because of criminal records.

Roughly 76% of the 22,000 immigrants currently detained by ICE do not have criminal records and many of them were transferred from U.S. border custody, government figures show. The remaining 24% have criminal convictions or pending charges.

Detention conditions and medical services at ICE facilities have been heavily criticized during and before the pandemic, including by government watchdogs. A September 2021 report by the DHS Inspector General found that inspected ICE detention facilities did not follow all coronavirus mitigation protocols.

Unlike ICE, U.S. Customs and Border Protection (CBP) has not been systematically providing coronavirus testing or vaccination to migrants in its custody during the pandemic, arguing that its detention facilities are designed for short-term custody.

CBP has instead relied on non-profit groups to test migrants it releases. It was not until last month that the agency started offering vaccines to a limited number of migrants enrolled in the Migrant Protection Protocols (MPP), a Trump-era policy that requires them to wait in Mexico for their asylum hearings

"COVID-19 vaccination for migrants in CBP custody is only being provided to MPP enrollees and is administered by Department of Health and Human Services contract staff," the agency said in a statement.

Citing the "unprecedented" spread of the Omicron variant, Allen, the public health expert, urged the government to take several steps to protect migrants in its custody.

"The government absolutely has a responsibility to protect individuals it detains, as well as staff and surrounding communities, from a serious threat such as COVID by using all reasonable tools including education, population reduction, testing, masks, and vaccinations including boosters," he said.