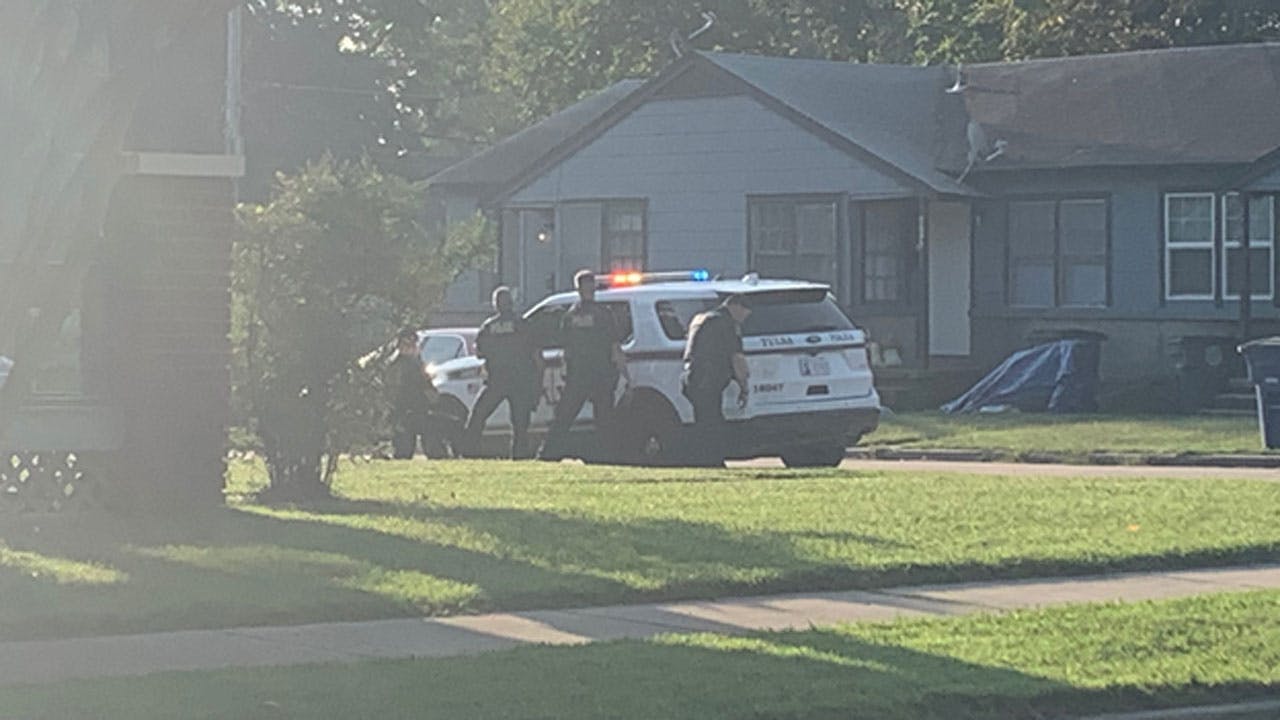 Two people are dead after a man shot his neighbor and then turned the gun on himself.

Residents in a Tulsa neighborhood, near Lewis and Admiral, woke up to a chaotic scene Sunday morning after 43-year-old Jeyhun Valizada shot his neighbor identified as 38-year-old Zachary Rivera.

"They started shooting the pepper balls and it was loud,” neighbor Vivian Calzada said. “I was just like, 'Oh, this is happening on my block.'"

Christina Sanders said she and her family have been wanting to move. The shooting near her home solidified that plan.

Kimberley McBroom has lived in this neighborhood her entire life.

Police said the two men lived in the same duplex and shared a wall. Witnesses said the men argued over loud music. Valizada shot Rivera in the head and torso.

When police arrived, Valizada ran inside the residence. Officers tried to get him to come outside, but he didn't respond.

"We had two different negotiators, and we tried to appeal to 'response before your actions,’” Tulsa Police Department Capt. Mike Williams said. “We try to appeal to 'things will be all right.' He just in here today.”

Special operation crews eventually used tear gas and went inside, only to find Valizada turned the gun on himself.

"This could happen in any neighborhood," Capt. Williams said. "You don't really know the mental state of your neighbor, so if you do have a disturbance, use your police department."