US Attorney General Nominee Has Connection To OKC Bombing Prosecution 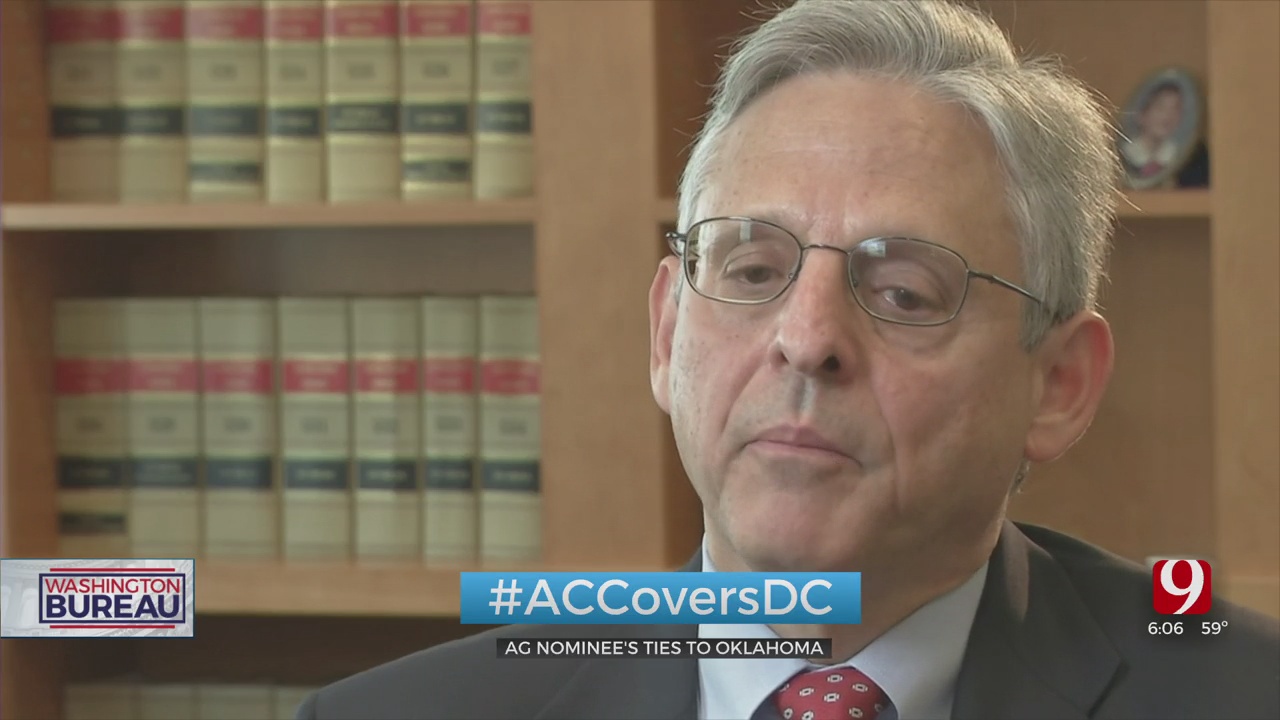 Merrick Garland, President Biden's pick for Attorney General and a key figure in the prosecution of the Oklahoma City bombers, went before the Senate Judiciary Committee Monday as his confirmation hearing got underway.

Garland has served as a judge on the D.C. Circuit of the U.S. Court of Appeals since 1997, but his prior work at the Department of Justice, according to those who know him, make him the perfect person to the helm of the DOJ now.

Watkins is among those who feel President Biden made a wise choice in tapping Garland to become the nation's top law enforcement officer. She said he deserves significant credit for the successful prosecutions of Timothy McVeigh and Terry Nichols.

"I mean, he absolutely made sure the right people were in the right place and he gave them the right guidance along the way," Watkins said in a recent zoom interview from Oklahoma City.

In a 2013 oral history for the National Memorial, Judge Garland spoke of his work on the bombing case, which he said turned out to be the most important work of his career.

"You go into public service to serve," Garland said, "and this was the best chance I’ve ever had."

A Chicago native who had become one of the top deputies in President Clinton’s Justice Department, Garland recalled that seeing the images of the devastation on television made want badly to be part of the investigation and prosecution. He got his wish and soon was looking at the bomb site in person.

"The first thing people pointed out was this is where the Americas Kids childcare center had been," said Garland, becoming emotional, "and there was nothing there."

Garland's widely-praised leadership manifested in the prosecution team that he assembled and in his insistence that everything be done by the book. With the O.J. Simpson trial still fresh in the minds of most Americans, Garland wanted to be sure the government's case was airtight.

His first test came the night he arrived in Oklahoma City. McVeigh was about to be arraigned at Tinker Air Force Base and Garland saw that no media had been allowed on the base.

"I said, 'We don’t want to do it that way,'" Garland recounted. “It will be bad enough that there will be conspiracy theories, [but] the defendant's going to complain he didn’t get an open hearing. The law requires an open hearing.'"

Garland did not actually prosecute the case. He was back in Washington D.C. by then, but he set the tone, laid out the strategy and insisted on keeping the case narrowly focused.

"It’s remarkable because there were a lot of other things they could have maybe thrown in there, but they didn’t bury the crime in the clutter,” Watkins said.

Watkins was disappointed when the Republican-controlled Senate failed to take up Garland's 2016 nomination to the U.S. Supreme Court, but she says some things don't happen for a reason.

Having a leader at the Justice Department right now, Watkins said, who has firsthand experience dealing with domestic terrorism is that reason.

"When an American tried to take down his own government, [Merrick Garland] helped lead this country out of it," said Watkins, "and ironically 25 years later, a group of Americans tried to take over their country and they lost again. And so, I think he’s the right person for the right job. I mean, he’s already done it, so he can do it again."

Click here if you want to see more of the OKC National Memorial's 2013 oral history with Merrick Garland.