Ben Carson Says He Was ‘Desperately Ill’ With COVID-19 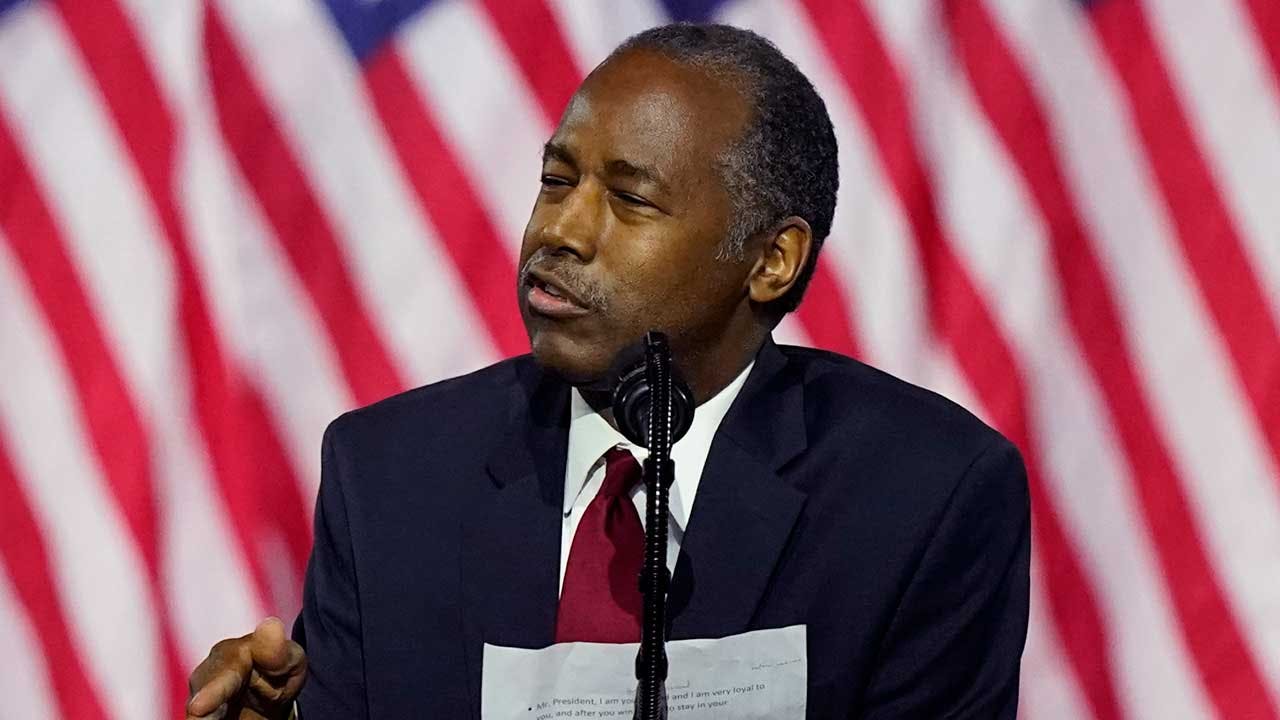 Housing and Urban Development Secretary Ben Carson revealed Friday that he was "extremely sick" from COVID-19. Carson is among several who tested positive for the virus after attending an election night event at the White House.

In a Facebook post Friday, 69-year-old Carson said he initially saw "dramatic improvement" from a product he took, which is not approved by the Food and Drug Administration nor a proven coronavirus treatment.

"However, I have several co-morbidities and after a brief period when I only experienced minor discomfort, the symptoms accelerated and I became desperately ill," wrote Carson, who tested positive for the coronavirus last Monday.

Carson, a member of the White House coronavirus task force, said Mr. Trump cleared him to then receive a monoclonal antibody therapy that was also given to the president when he battled COVID-19 in October. Carson said he believed the treatment saved his life, adding he is "blessed" to have access to what he called the best medical care in the world.

When the president was ill, he received Regeneron's experimental antibody treatment, which is only approved by the FDA on an individual basis during ongoing clinical trials. Regeneron did not immediately confirm to CBS News that Carson received its treatment.

The Department of Housing and Urban Development also did not immediately respond to CBS News' request for further details.

"President Trump, the fabulous White House medical team, and the phenomenal doctors at Walter Reed have been paying very close attention to my health and I do believe I am out of the woods at this point," Carson said Friday.

The former neurosurgeon also said he is "hopeful that we can stop playing politics with medicine and instead combine our efforts and goodwill for the good of all people."

"We must prioritize getting comparable treatments and care to everyone as soon as possible," Carson added. "There are a number of promising treatments that need to be tested, approved, and distributed (sooner rather than later) so that the economy can be re-opened and we can all return to a semblance of normalcy."

Carson concluded by saying "people should recognize that there are a number of defined steps that legally have to be taken before vaccines are released to the public and trying to cause alarm by saying dangerous shortcuts were taken only serves to stoke fear. Together we will be victorious. God is still in charge."

A spokesman for Trump Jr. said he tested positive at the start of the week and has been "quarantining out at his cabin since the result."