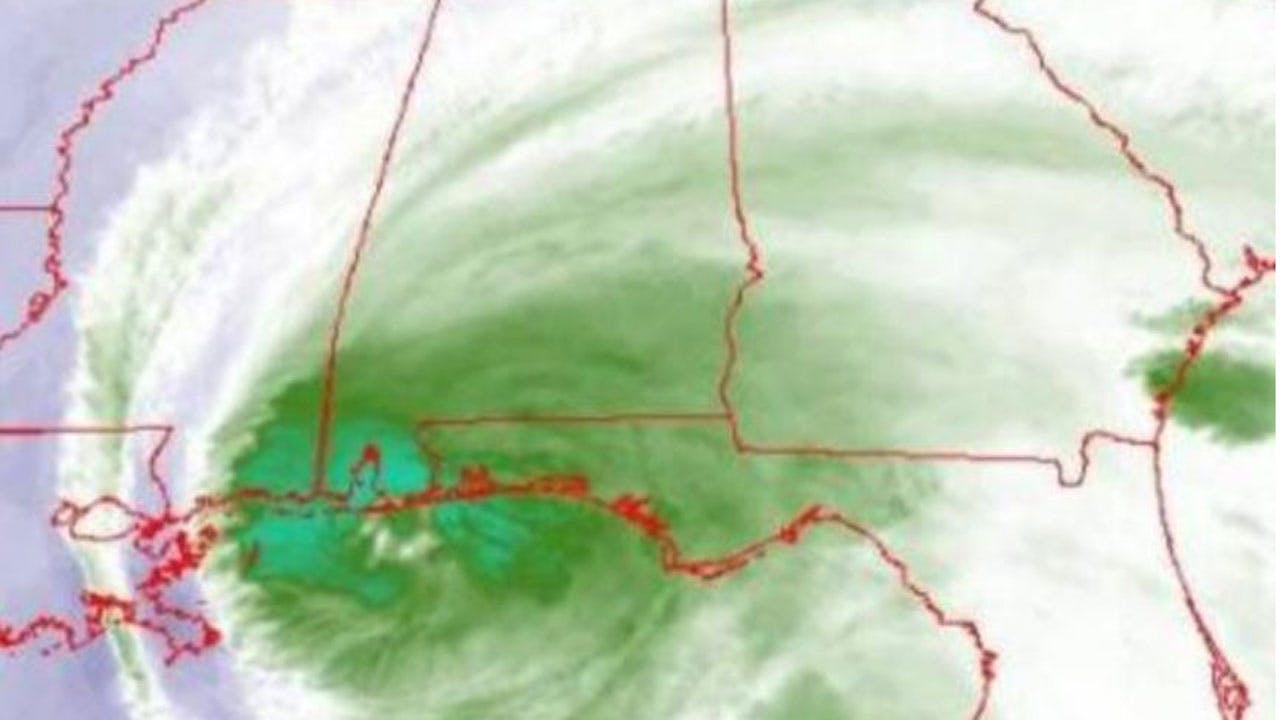 Hurricane Sally is probably going to go into the record books. The National Hurricane Center says "historic, life-threatening" flooding is "likely" in portions of the northern Gulf Coast due to Sally's excruciatingly slow pace.

The tortoise-like speed could bring up to two-and-a-half feet of rain in some places and produce storm surges as high as seven feet. Tornadoes were possible as well.

The storm was creeping north-northeast at a mere 2 mph early Wednesday and forecasters said to expect more of the same once it makes landfall.

As it crawled along, Sally was suddenly intensifying. The center said it strengthened into a Category 2 hurricane with sustained winds of 105 mph, up from 85 mph late Tuesday.

As of early Wednesday, Sally's eye was about 60 miles south-southeast of Mobile, Alabama and 55 miles southwest of Pensacola, Florida, the hurricane center said.